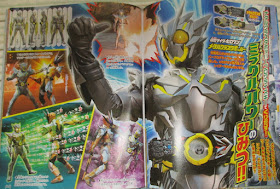 Come this February, just when the ZAIA Enterprise CEO thinks that he finally got the best of Hiden Intelligence's president, he was dead wrong and makes his first and biggest mistake! Enter the berserker power of Kamen Rider Zero-One Metal Cluster Hopper with scans translated by Filip! 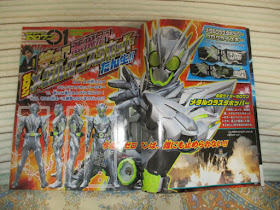 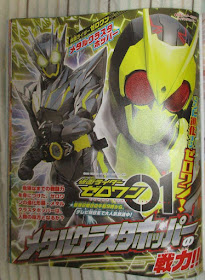 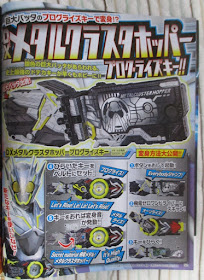 In this powerful new super form, Aruto will go uncontrollably wild, attacking and destroying everything in his path wither it be a human or a HumaGear and can also unleash a swarm of grasshoppers to attack his enemies. 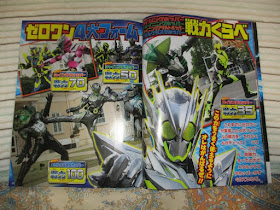 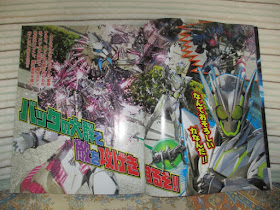 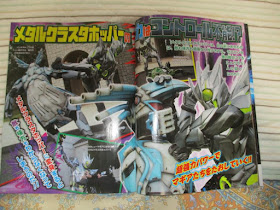 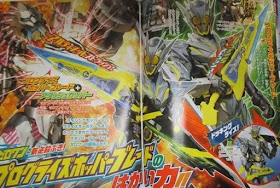 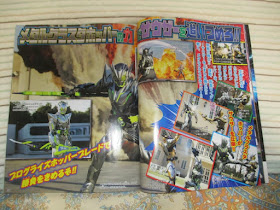 Aruto will also acquire a new weapon called the ProgRise Hopper Blade which can be used individually or can be attached to the Attache Calibur to form a naginata-like melee weapon. Will anyone be safe when Aruto finally uses this form? Find out next month!
Gaiatron at Tuesday, January 28, 2020
Share