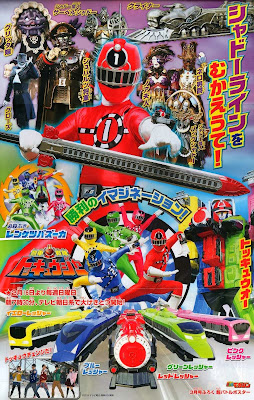 More information about Ressha Sentai ToQGer surfaced around the net adding more details on the villains and support cast.

To collect tears, sadness, screams and lives from the people they kidnapped are known to be the aim of Shadow for the purpose of creating stations and enlarging the Shadow Line's railway. The more they collect, the easier they complete the line and once it is completed, the Darkness Emperor can make his way to enter our planet. 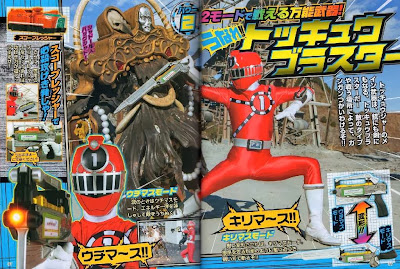 The first Shadow monster that our heroes encountered is the Bag Shadow (above). 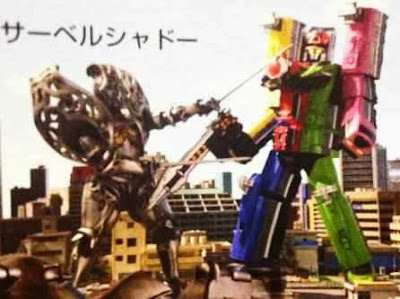 Meanwhile the second one is called the Saber Shadow as shown above in its giant form fighting against the ToQ-Oh. 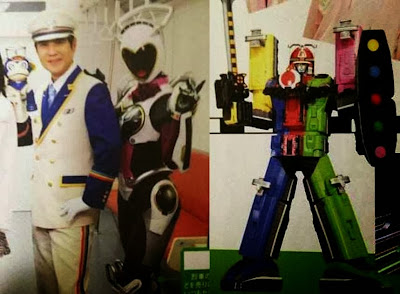 We just don't have our heroes alone, they also need support. The Conductor is known to be an eccentric and enigmatic character who has the knowledge of the ToQGers' past yet refused to tell anything about it. There's also his sidekick Ticket, a sock puppet who has a sharp tongue and more straightforward.

Ressha Sentai ToQGer will premiere on February 16 under the production of Takaaki Utsunomiya (Shinkenger, Gokaiger) and Kei Ishikawa, screenplay by Yasuko Kobayashi (Shinkenger, Attack on Titan) and direction of Shojiro Nakazawa (Gokaiger vs. Gavan: The Movie).