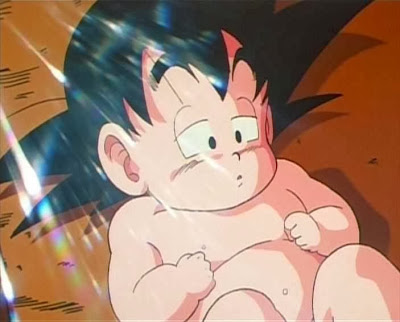 Dragon Ball creator Toriyama Akira is about to reveal the identity of Goku's mother on the March 2014 issue of Saikyo Jump after 30 years of speculations.

Goes by the name Gine, a gentle natured saiyan who also happened to be a part of Bardock's squad is Goku's mother. After being saved by him several times in the battlefield, they developed feelings for each other. This event is rare for saiyans since it is not normal in their race to be in a relationships except when breeding.

Gine will take her first appearance in a bonus manga released on April 4th together with Toriyama's one-shot manga "Jaco the Galactic Patrolman.