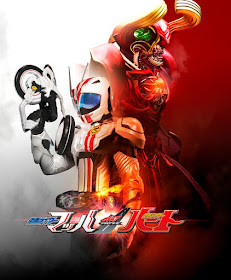 With only a few days before the release of V-Cinema's Kamen Rider Drive Saga: Kamen Rider Chaser, a follow-up direct to video is announced featuring Kamen Rider Mach and Heart. 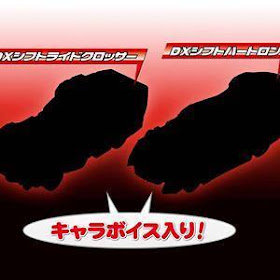 No other information has been released other than Mach receiving a new Shift Car, Shift Ride Crosser (will this be the one that will let him transform into Super Dead Hear Mach), and that Heart will become a Kamen Rider using Shift Heartron (as seen from the image above).