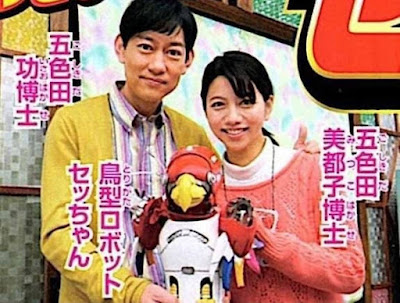 With less than a month before the 45th Super Sentai series premieres, 2 Heisei Kamen Rider alumni were revealed to be added to the cast! Know more about them after the break.

The roles that they are portraying are that of Isao and Mitsuko Goshikida, the parents of our main hero, Kaito Goshikida/Zenkaiser.
Gaiatron at Saturday, February 06, 2021
Share