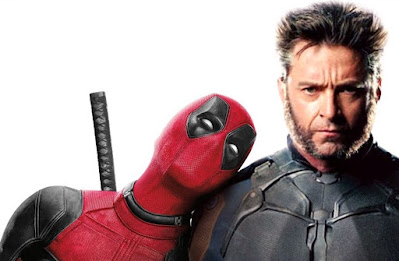 And Marvel Entertainment has made every fan's dream team-up come true as it was announced the Wolverine will be making an appearance in Deadpool 3!
The announcement was teased by none other than the actors who will portray the dudes in the image above, Ryan Reynolds (Deadpool) and Hugh Jackman (Wolverine)!
We all know that the merc-with-a-mouth is officially heading to the MCU but Hugh Jackman reprising his role as Logan was the biggest surprise! Let's all wait for more news regarding this!
SaltyNewsDork at Friday, September 30, 2022
Share